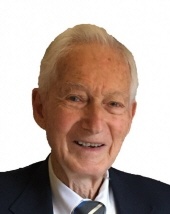 Harvey Erwin Kronick, 89, passed away on June 20, 2018, at Mease Counryside Hospital, Safety Harbor, FL. Born July 15, 1928 in Schenectady, NY, he was the third son of the late Dora and Charles Kronick. Raised in Schenectady, he entered the US Navy after high school. Upon completion of his military service, he was fortunate to attend Union College on the GI Bill, obtaining a degree in Electrical Engineering. He was always grateful for the opportunity to serve his country and for the opportunities his country gave to him. After college graduation he began his over 30 year career with IBM, initially working in Poughkeepsie where he met his wife of 64 years, Arlene Nadel Kronick. He enjoyed his career at IBM, being awarded several patents and helping in the development of Universal Product Code scanning. Arlene and Harvey moved to Kingston in 1960, taking up residence in a home Harvey had designed himself, then employing passive solar heating and showing his foresight and vision. His overseeing construction of his home foreshadowed his lifelong skills of perseverance and meticulous precision. He believed that anything worth doing is worth doing right. He and Arlene raised their three children in Kingston, instilling the importance of education, hard work, and fairness to all. Harvey believed in the importance of giving to his community, and served in leadership positions with BNai Brith and his synagogue, Ahavath Israel in Kingston. He especially enjoyed spearheading building, renovation, and beautification projects. While he was a quiet man, he was not afraid to voice his opinion, especially when he saw unfairness, injustice, or simply an opportunity to do things better. After retirement Harvey served for many years as Treasurer of the Hurley library and on the board of the Hurley Lions club. He enjoyed gardening and built his own greenhouse, providing many friends with houseplants, some of which live on to this day. He also loved tennis, playing for most of his life until physical decline prevented this in his mid-80s. He wintered in Florida for many years, recently relocating from Boca Raton to Palm Harbor. He is survived by his wife, Arlene, his daughter Leslie (David) Baccari of Palm Harbor, FL, and sons, Dr. Neil (Dr. Susan Smith) Kronick of Vero Beach, FL, and Dr. Steven (Carolyn) Kronick of Guilderland, NY. He is also survived by grandchildren Christopher and Michael Baccari and Zachary, Julia and Adam Kronick. In addition to his parents, Harvey was predeceased by his older brothers Archer and Mason. A Funeral Service will be held on Sunday, June 24, at 2:30 PM, at Simpson-Gaus Funeral Home; 411 Albany Avenue, with Cantor Devorah Gartner, from Congregation Ahavath Israel, officiating. Burial will follow in Montrepose Cemetery. In lieu of flowers please make contributions to the Alzheimers Association, the United Jewish Federation or the Hurley, NY Lions Club.
To order memorial trees or send flowers to the family in memory of Harvey Erwin Kronick, please visit our flower store.