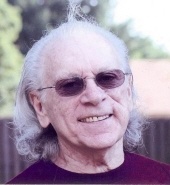 Herbert S. Rosenfeld, 82, of Woodstock, NY, died Monday, December 16, 2013 at his home, surrounded by his family. Born in Manhattan, Herb was the son of David & Bertha Cutler Rosenfeld. Herb was a veteran of the Korean Conflict, having served in the US Coast Guard. He was a man of very strong convictions who thought outside of the box. He was a progressive education pioneer who believed in equal opportunities for all kids, being instrumental in developing schools such as the Manhattan Center for Science and Math, Central Park East Secondary School, East Side Community High School, El Puente, Bronx Dance Academy and many other schools across the nation. Herb was passionate about his family and felt great joy in the accomplishments of his grandchildren. He enjoyed exercise, reading, music and good conversation. He had a curiosity about people and could often be found engaging someone in conversation over a coffee, at the gym or in his home with his one love, Esther. Herb is survived by his wife of 56 years, Esther Halfon Rosenfeld of Woodstock, whom he married on December 25, 1957, three children, Michelle Hughes and her husband John of Bloomington, Seth Zvi Rosenfeld and his wife Kerri-Ann-McCalla Rosenfeld of Los Angeles, CA, Amy Poux and her husband Johnny of Rosendale, five grandchildren, Erica N. Grier, Sahana R. Hughes, Eliza J. Hughes, Sophie B. Poux and Trudy R. Poux. In addition to his parents, Herb was predeceased by his brother Seymour Rosenfeld. A Funeral Service will be conducted at the Woodstock Jewish Congregation, with Rabbi Jonathan Kligler on Wednesday, December 18, 2013 at 1:00 PM. Interment will be private.
To order memorial trees or send flowers to the family in memory of Herbert S. Rosenfeld, please visit our flower store.