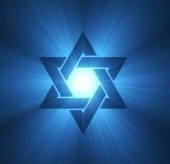 Hilda Grunblatt 95, of Kingston, died peacefully on Tuesday, October 17, 2017. Born in Brooklyn, she was the daughter of the late Samuel & Anna Robson Waterman. Hilda was educated in New York City schools and graduated from Brooklyn College in 1943 with a degree in biology. She worked in a defense plant during WW II then taught junior high school in New York City. In 1948 she married Dr. Jacques Grunblatt and together they looked for a life beyond New York City that would offer new opportunities and purpose. That opportunity came in the form of an advertisement by an Adirondack garnet mine seeking a community doctor. Hilda arrived in the hamlet of North Creek, NY with her husband in 1950 just in time for the final log drive down the Hudson River. Over the next 40 years, they negotiated the adventurous life of a country doctor with Hilda raising a family and manning the office. This was a life where payment might be received as poultry and phone calls came at all hours of the day or night. On many a winter weekend, the family living room became an orthopedic clinic where skiers waited their turn for x-rays and treatment from the doctor and a cup of coffee and bite to eat from Hilda. During this time she also founded a Headstart program, was active on the local PTA and served on the board of the Adirondack Lakes Center for the Arts in Blue Mt. Lake. One of her proudest achievements was the founding of the Town of Johnsburg Library in North Creek. Soon after the death of her husband in 1989, Hilda moved to Glens Falls, NY. She was active with Temple Beth-El and maintained long standing friendships. In 2014 Hilda moved to Kingston to be nearer to family. Hilda is survived by three children, Ellen Grunblatt and her husband Stephen Bien of Jay, Maine, Jesse Grunblatt and his wife, Elsa Aegerter of Anchorage, Alaska and Mark Grunblatt and his wife Andrea Grunblatt of Kingston, one stepson, Jaime Cabezas Garcia and wife Mari Cruz Carrasco Cabezas of Madrid, Spain, her brother, Daniel Waterman and his wife, Mudite Waterman of Boynton Beach, FL as well as five grandchildren, Ethan, Shula, Samuel, Jenni and Eva, three step grandchildren, Jaime, Consuela and Mari Cruz. Seven step great-grandchildren and numerous nieces and nephews also survive. She was predeceased by her brother Stephen Waterman. A Funeral Service will be held on Thursday, October 19, 2017 at the Simpson-Gaus Funeral Home, 411 Albany Ave at 1:00 PM with Rabbi Yael Romer of Congregation Emanuel, officiating. Interment will follow in Temple Beth El Cemetery in Glens Falls, NY on Friday at 11:00 AM. Memorial contributions in Hildas name may be made to the Town of Johnsburg Library or the ACLU.
To order memorial trees or send flowers to the family in memory of Hilda Grunblatt, please visit our flower store.