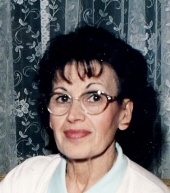 Irene Rovereto, 80, of Kingston, died Monday, May 7, 2018 at Northern Dutchess Hospital, Rhinebeck N.Y. Irene had just celebrated her 80th Birthday. She was born on April 1, 1938 in Fregene, Italy, a small beach side resort area outside of Rome. Born Irene Rosanna Monaco, she was the 6th of 7 children. Her father had gone to work on the day she was born and thought it was an April fools joke when a friend was sent to summon him home advising him his wife was in labor, so he did not go home. When he finally did return home that evening baby Irene awaited him. April fools Day will always remain special in our hearts because of our mother Irene. Irene met and subsequently married the love of her life, Raffaele Rovereto, a dashing Italian Army Sargent when she was only 20 years old in 1958. They started a family in Fregene having 2 children, Santino and Enrica. Together they immigrated to the United States in 1966 and moved their young family to Kingston, NY in order to join Raffaele's parents and siblings. They were married for almost 33 years when Raffaele passed away at the age of 61 in 1992. During her life Irene proved to be a very hard worker starting employment within mere days of arriving in the United States without knowing a word of English. She went to work at the Kingston Knitting Mills proving to be an exceptional seamstress and then at various other local factories when Kingston Knitting Mills closed down. She ultimately went to work for Ulster County at the Golden Hill Nursing Home, in the housekeeping department, where she retired at age 65 after 20 years of service. Irene enjoyed being around the residents as she was very caring and compassionate and treated everyone with respect. As a Mamma and a Nonna (as she was called by her grandchildren), there are no words to describe what she meant to her family and the void that is now left in our lives. She leaves behind her children and their spouses, Santino Rovereto (Margie) and Enrica Fiorenza (Orlando) of Kingston. In addition she is survived by her beloved grandchildren, Mark and Marisa Rovereto and Raffaele and Angelica Fiorenza. Three sisters also survive her who reside in Italy, Gabriella Riccio, Stefania Gianonne, and Maria Fulli. Sister in laws and brother in laws and numerous nieces and nephews both locally and in Italy will also remember her fondly. In addition to her beloved husband Raffaele, Irene is predeceased by her parents Enrico and Assunta (Paglicci) Monaco, brothers, Raffaele and Gigino Monaco, and her sister Dora Cercione. The family would like to thank the doctors and staff at the Northern Dutchess Hospital ICU and the 2nd floor and Hospice for the compassionate and professional care given to our mother. Irene will be reposing at the Simpson-Gaus Funeral Home, 411 Albany Ave. on Thursday, May 10, 2018 from 2-4 and 7-9 PM. The funeral procession will form from the funeral home on Friday at 9:00 AM A Funeral Mass will be celebrated at 10:00 AM at St. Marys Church. Interment will follow in St. Marys Cemetery.
To order memorial trees or send flowers to the family in memory of Irene R. Rovereto , please visit our flower store.