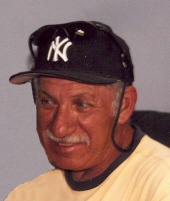 James D. Secreto, 63, a lifelong resident of Kingston, died Sunday, August 4, 2013 at HealthAlliance Hospital Broadway Campus. Born in Kingston, he was a son of the late Alfred & Elizabeth Laszlo Secreto. He was a Union Shop Steward with the Ulster County Highway Department, where he displayed a tremendous work ethic. Jim's passion for New York sports, was only surpassed by his passion to be a loving husband, father and grandfather. He coached youth sports in Kingston, with the CYO Basketball and the National Little League and Babe Ruth League. He was an animal lover, who loved all dogs, including his own, Mellow and Madison. Jim is survived by his wife of 41years, Barbara J. Secreto of Kingston, whom he married on February 12, 1972, a son, James D. Secreto and his wife, Stephanie of New Windsor, a sister, Rose Marie Corkery and her husband Dennis of Brownsville, TN, two brothers, Alfred J. Secreto and his wife Eleanor of Kingston and Anthony P. Secreto and his wife Mary Ann of Rosendale. Three grandchildren, Jacob, Lexington and Cadence and several nieces and nephews also survive. Reposing at the Simpson-Gaus Funeral Home, 411 Albany Ave. on Wednesday, August 7, 2013 from 4-8 PM. The funeral procession will form on Thursday from the funeral home at 9:30 AM. A Funeral Mass will be celebrated on Thursday at 10:30 AM at St. Mary's Church. Interment will follow in St. Mary's Cemetery.
To order memorial trees or send flowers to the family in memory of James D. Secreto, please visit our flower store.