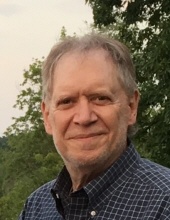 Jeffrey R. Gold, 72, of West Hurley, passed away peacefully at home after a 2 year battle with cancer, surrounded by his loving family.

Born in Belle Harbor, NY, he was a son of the late Irving & Selma Gold.

Jeff liked to compare his life to Forrest Gump. He was in Chicago in ’68, Woodstock in ’69, saw Mt. St. Helens erupt, experienced a UFO sighting in Indiana and got to play basketball with his son on the court at Madison Square Garden. His career as a counselor and basketball coach started at LIU Brooklyn where he received his BA and MS degrees (Phys. Ed. and Counseling). He coached Women’s Basketball at LIU Brooklyn where he was Assistant Director of Admissions. When he moved to Ulster County in 1981, he and his bride, Carmel, opened a Country Inn. They ran the Gold Inn Goose in Kerhonkson until 1986. Meanwhile, Jeff started his upstate counseling career at the Kingston Alternative High School. He coached the Women’s Basketball teams at SUNY Ulster, where he took them to National Rankings, SUNY New Paltz and Bard College. He is a local celebrity, having touched the lives of so many students at Kingston High School, Bailey and Miller Jr. High Schools as the counselor for the Liberty Partnership Program through Marist College. He couldn’t go anywhere in Ulster County without being greeted by adoring fans, including the teams of players who came to his annual Trivia contest at Congregation Emanuel in Kingston every January to defend or win the championship title for the year.

During the summers, Jeff ran the tape shop at the Omega Institute in the ‘80’s. This launched his audio recording business, Creative Seminars. His clients included the New Life Expo, International Dowsers, Breast Cancer Options, Jackie Robinson Conference, International Ayurveda Conference, International Association of Yiddish Clubs, and UFO Conferences. He recorded Bernie Siegel, Deepak Chopra, Spike Lee, Pete Hammill and other notables, too numerous to mention. He could opine on a wide range of subjects and often did, to the delight of his many friends.

Jeffrey spent time every year in Florida recording conferences and visiting friends. He often stayed with his mother-in-law, Mary L’Estrange, with whom he had a very special relationship. He was part of the South Florida Basketball Fraternity (former coaches and players from NY) who meet weekly and bask in their shared love of the sport.

Jeffrey married Carmel and became a cherished member of her extended family. Besides his beloved wife, Jeff leaves behind a son, Joshua (Kathy) Gold, a daughter, Caroline (David) Bobick, sister Ilene (Paul) Glick, 4 grandchildren who were the apples of his eye, and many nieces, nephews and friends who feel like family. We are all going to miss his legendary jokes and gregarious ways. Jeff cared deeply about social justice and asked that you vote in the upcoming election.

Due to COVID-19, a private graveside service will be held Sunday October 25 at 10 AM. It will be streamed on Facebook.

A celebration of Jeff’s life will be planned for a future date.

Simpson-Hammerl Funeral Home is honored to assist the family with Jeff’s arrangements.

In lieu of flowers, donations can be made in Jeff’s name to Congregation Emanuel of Hudson Valley, People’s Place Kingston, Jewish National Fund Trees for Israel, or the charity of your choice.
To order memorial trees or send flowers to the family in memory of Jeffrey Gold, please visit our flower store.