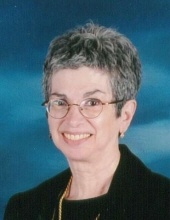 Born in the Bronx, she was the eldest daughter of the late Simon & Ruth K. Silverman.
A wife, mother, grandmother and great-grandmother, deeply loved by her family, Judith was also very much her own person, who spent more than four decades working in healthcare. Beginning as a registered nurse, she became an early advocate of natural childbirth and Lamaze educator before moving into healthcare administration and eventually attaining a doctorate in healthcare services. Passionate about improving the patient experience and outcomes, she founded and ran the non-profit Healthcare Communications Project from 2000 to 2012, aimed at providing practical advice to patients, caregivers, and clinicians to more effectively partner and collaborate in making healthcare decisions. That advice can still be found at www.healthcp.org. She additionally taught bioethics as an adjunct at SUNY New Paltz and The New School, and served on the Kingston Hospital Board of Directors from 2009 to 2016.

A past Executive Director of the former Hospice Association of Ulster County, Judith always advocated for thinking about, planning and communicating end of life wishes in advance, and upon learning of her own illness, was active in helping her family to prepare for her death. When asked what she wanted said of her, she replied “Say I was a flawed person, who tried to do good,” to which her family responded “No more flawed than any other person, and she frequently succeeded.”

Judith is survived by her husband, Stuart Greenfield of New Paltz, a daughter, Emily Halstein and her husband Richard of Woodstock, a son, Jonathan Greenfield and his wife Georgette of Yonkers, a sister, Marti Green and her husband Lenny of The Villages, FL, eight grandchildren, Ricky (Danielle), Brittney (John), AJ, Ashley, Channon (Rina), Alexzander, Hanna and Adin, and two great grandchildren, Marlee and Matthew. Several nieces and nephews also survive.

A Funeral Service will be held at the Simpson-Gaus Funeral Home, 411 Albany Ave on Tuesday, November 13, 2018 at 11:00 AM with Rabbi Shir Yaakov Feit officiating.

The family requests that any memorial donations be made to a food pantry of one’s choice or Hudson Valley Hospice, 400 Aaron Ct, Kingston, NY 12401.
To order memorial trees or send flowers to the family in memory of Judith A. Greenfield, please visit our flower store.