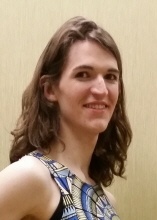 Justin Terri Conley, 21, of Kingston, died August 1, 2017. Born in Kingston, he was the son of Michael & Elizabeth Conley of Kingston. Justin would have started his senior year at SUNY College at Purchase later this month. He went to Purchase to pursue a career in film making and instead found that he loved everything about sound and music. He had operated the boom microphone for several films already, and worked in NYC in Post Production. Justin loved the process, the activity, and the history of film, although he would tell you he really did the work for the catered food of the Craft Services tables. He was a talented writer with a unique voice and perspective. Justin graduated from Kingston High School with honors in 2014. His family will remember his kind and loving nature, amazing technological skills, and very funny sense of humor; family dinner conversation will not be the same without him. In recent years Justin had become a proud member of the LGBTQ community by accepting that she was transgender, and adopted the name Terri. We honor that decision in remembering her by that name. In addition to her parents, Terri is survived by two brothers, Brian J. Conley of Kingston and Dennis M. Conley of Kingston. The family will receive friends at the Simpson-Gaus Funeral Home, 411 Albany Ave on Friday, August 11, 2017 from 10:00 - 11:30 AM. A Funeral Mass will be celebrated at St. Joseph Church at 12:00 noon. Entombment will follow in Wiltwyck Community Mausoleum. The family requests that memorial donations be made to HVLGBTQ Center, PO Box 3994, Kingston, NY 12402.
To order memorial trees or send flowers to the family in memory of Justin Conley, please visit our flower store.