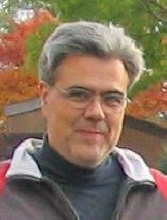 Kingston- Kevin P. McDonough of Clifton Ave., died Monday, August 8, 2005 at St. Peter’s Hospital in Albany. He was 49. He was born August 20, 1955 in Kingston, a son of the late Vincent Ward and Rose C. Hart McDonough. A Kingston High School graduate, Kevin then worked in sales at Radio WKNY, Kingston. He was a general manager for Bedding and Waterbed Gallery, based in Fishkill. Kevin married Linda Parkhurst on October 16, 1976. Kevin was a Corrections Officer at the Shawangunk Correctional Facility for the past 12 years. A fire fighter and former Lieutenant with the Spring Lake Fire Department, Kevin was a former chairman of the Board of Fire Commissioners of Ulster Fire District #1. Mr. McDonough was a 23 year member of Rip Van Winkle Council, Boy Scouts of America and a former Scout Master of Troop #3 in Kingston. He was currently assistant scoutmaster and committee member of Troop 20, Hurley. He served as a merit badge counselor and was an avid motorcyclist. In addition to his wife of 28 years are three sons, Jeremiah McDonough and his wife Phoebe of Kingston, Sgt. Patrick McDonough and his wife Janai of Ft. Drum, NY and Pvt. Andrew McDonough of Kingston. Six brothers, Vincent McDonough of Texas, Michael and Joseph McDonough of Kingston, Patrick McDonough of Tillson, James and Daniel McDonough of Saugerties, two sisters, Kathy Sinnott of Saugerties and Maureen McDonough of Leeds, six grandchildren Jessica, Shannon, Abigail, Hannah, Liam and William McDonough. Many nieces, nephews, aunts, uncles and cousins also survive. Reposing at the Simpson - Gaus Funeral Home, 411 Albany Ave. on Thursday from 1:00 – 3:00 and 6:00 – 9:00 PM. The funeral procession will form at the funeral home on Friday at 9:00 am. At 10:00 am, a Funeral Mass will be celebrated at St. Joseph’s Church in Kingston. Interment will be in St. Mary’s Cemetery, Kingston. Contributions in Kevin’s memory may be made to the Ulster County Chapter – American Red Cross or the Spring Lake Fire Department scholarship fund, PO Box 3578, Kingston 12402.
To order memorial trees or send flowers to the family in memory of Kevin P. McDonough, please visit our flower store.