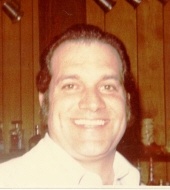 Michael Tiano, 78, a lifelong resident of Kingston, died Friday, December 27, 2013 at his home. Born in Kingston, he was a son of the late Michael & Rose Rua Tiano. Mike was a graduate of Kingston High School, class of 1952. He owned and operated the Bluestone Inn Restaurant for over 10 years, starting in 1968. He also worked for Landsdale for many years and most recently at the reservoir, for the NYC Water Works as a carpenter. Mike was an avid hunter, fisherman, gardener, cook, baker, New York Giants and Yankees fan. He was very generous and enjoyed giving to others, what he had grown, caught, cooked or baked. Mike is survived by a sister in law, Eva Salvucci-Oster of West Hurley, a nephew, Peter F. Tiano and his wife Kim of Saugerties, as well as three nieces, many cousins, aunts and uncles. In addition to his parents, Mike was predeceased by his wife Gilda Salvucci Tiano, whom he married on March 27, 1968 and who passed in 1996, three brothers, Joseph, James and Peter Tiano. Reposing at the Simpson-Gaus Funeral Home, 411 Albany Ave, on Monday, December 30, 2013 from 5-8 PM. A funeral service will be conducted on Tuesday at the funeral home at 11:00 AM, with Fr. George Hommel from St. John's Church in West Hurley. Interment in St. Mary's Cemetery will be private.
To order memorial trees or send flowers to the family in memory of Michael Tiano, please visit our flower store.