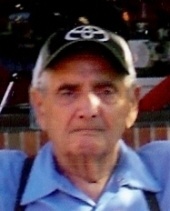 Peter A. Cafaldo, Sr, of Saugerties, died Monday, February 23, 2015 at his home. Born in Glasco, he was a son of the late Thomas & Rosina Greco Cafaldo. Peter was employed as a carpenter for 27 years with the Local 265 Carpenters Union. With his wife Dolores, they owned the Riverview Restaurant in Glasco. Peter was a 73 year member and 16 year fire chief of the Glasco Fire Department. He was a member of the Esopus Fire Department, a life member of the C.A. Lynch Fire Department, a life member of the Exempt Fireman's Association and a member of the VFW Memorial Post 5034, Saugerties. Peter is survived by his three children, Peter A. Cafaldo, Jr and his wife Ellen of Glasco, Michael J. Cafaldo of Esopus, Barbara Tucker and her husband Donald of Saugerties, a brother, Thomas Cafaldo of MT. Marion, a sister, Emily Naccarato of Philadelphia, PA, five grandchildren, Theresa Tucker, Michael Cafaldo, Jr, Bryan Cafaldo, Andrew Cafaldo and Mark Cafaldo. Six great grandchildren and several nieces and nephews also survive. In addition to his parents, Peter was predeceased by his wife, Dolores Altomari Cafaldo, five siblings, Theresa Naccarato, Rose Icconetti, Mary DeGregoria, Charles Cafaldo and Louise Roche. Peter will be reposing at the Seamon Wilsey Funeral Home, 45 John St. Saugerties on Thursday, February 26, 2015 from 2-4 and 7-9 PM. A Funeral Service will be conducted on Friday at the funeral home at 9:30 AM. Interment will follow in St. Mary of the Snow Cemetery.
To order memorial trees or send flowers to the family in memory of Peter A. Cafaldo, please visit our flower store.