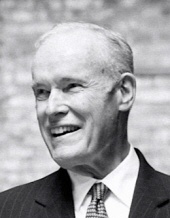 Philip F. Meagher, 78, of West Hurley, died peacefully, Monday December 29, 2014 at St. Peters Hospital in Albany. Phil was born in Chicago, Ill. the son of the late Doris (Isfort) and Francis Meagher. He graduated from St. Leo High School, earned his bachelor's degree from University of Notre Dame and his master's degree in Electrical Engineering from the University Illinois. He was actively recruited by IBM and had a successful career spanning 42 years. After his retirement, Phil was Treasurer of the Ulster County Ballet, Chairmen of the Board of the West Hurley Public Library and served on the Hurley Town Council. Phil is survived by the love of his life, Nancy Ann (Moffat) Meagher, to whom he was married to for 47 years. He was the loving father of, Sean Meagher and his wife, Kimberly, Michael Meagher and his wife, Terese, a daughter, Megan Meagher and her husband, Jed McGiffin, a devoted grandfather of Zachary, Alexandra, Connor, Rory, Liam, Brianna and Sylvie. He is also survived by his brother, Tom Meagher, his sister, Rosie Hansen and her husband Fred and several nieces, nephews and cousins. Phil will be reposing at the Simpson Gaus Funeral Home, 411 Albany Ave. on Friday, January 2, 2015 from 4-7 PM. A Funeral Mass will be celebrated on Saturday at 10:30 AM at St. John RC Church, West Hurley. Interment will be private. In lieu of flowers, the family requests that memorial donations be made to the West Hurley Public Library, 42 Clover Street, West Hurley, NY 12491.
To order memorial trees or send flowers to the family in memory of Philip F. Meagher, please visit our flower store.