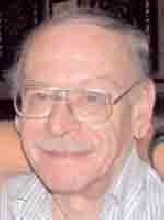 Richard C. Judson of St. James St., Kingston and formerly of West Hurley died Wednesday, June 9, 2010 at Benedictine Hospital. He was 67. He was born in Newburgh, a son of the late Roy and Rosie Bell Judson, Sr. He was raised in Newburgh and graduated from Newburgh Free Academy. He received a Certificate of Achievement from Ulster County Community College. He served in the Air Force from 1960-1964. He moved to West Hurley where he raised his family in 1971. Mr. Judson was a former constable for the West Hurley Police Dept. He was a supporter of the ASPCA. For 10 years, he was employed by Trailways in Kingston. Surviving are two daughters, Jodi Judson of Saugerties and June Eillenberger of Oregon; two brothers, Roy Judson, Jr. of Hurley and Gerald Judson of Newburgh; one granddaughter, Nikki Green. Several nieces and nephews also survive. Reposing at the Simpson-Gaus Funeral Home, 411 Albany Ave., Kingston on Sunday from 2 - 4 & 7 - 9 PM. Funeral services will be conducted on Monday, 12:00 PM at the funeral home. Rev. Louis Yaya will officiate. Interment will follow in Cedar Hill Cemetery, Newburgh.
To order memorial trees or send flowers to the family in memory of Richard C. Judson, please visit our flower store.