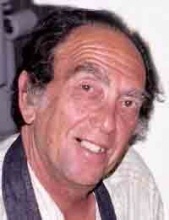 Richard Gerendasy of Woodstock Meadows died Monday, January 18, 2010 at Benedictine Hospital. He was 71. He was born in the Bronx, a son of the late John and Bertha Rothman Gerendasy. He served in the Navy from 1956 to 1960. He attended college and film school. Richard was a film maker/editor, purveyor of fine foods and mushroom grower. He was also active in community supported TV and active in local sports. Richard lived his life with compassion and inspiration. He accepted all that came his way with courage, grace and dignity. He was dedicated and devoted to his family and loved unconditionally. He was a great man and will be missed by many. Surviving is his wife, Susan Pasternack of Shady, a daughter, Nayelli Gerendasy of Harris and Shady; a step-daughter, Miriam Walton and a step-granddaughter, Xariana Walton both of Blue Mountain; a brother, Stan Gerendasy of Bethesda, MD. A brother, Julius Gerendasy died previously. A memorial service will be conducted on Saturday, February 6, 2010 at 3:00 p.m. at the family residence.
To order memorial trees or send flowers to the family in memory of Richard Gerendasy, please visit our flower store.