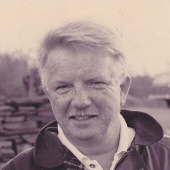 Richard F. Miniter, 72, of Stone Ridge, author of the acclaimed book, The Things I Want Most, political commentator for The American Thinker.com, and former Chief of Police for the Village of Rosendale, passed quietly in his sleep Sunday, August 27, 2017 at Vassar Brothers Medical Center. He was surrounded by his wife of more than 50 years, Susan, and by three of his six children. Born in Brooklyn, he was a son of the late Henry & Esther Miniter. Richard had an enormous impact on the Hudson Valley, the nation, and on the hearts of his family and neighbors. He was an author, a columnist, a public speaker, and a storyteller who always attracted an audience. He prized his service in the US Marine Corps. He left Wall Street for the Hudson Valley in 1968 and loved to hunt and fish, often delighting of some new wild place he found. He was a source of comfort for many at the American Legion Post in Marbletown, a source of hysterical stories at his gun club in the Town of Ulster, and a continuous source of revenue for local hardware stores. He celebrated his 50th wedding anniversary at St. Patricks Cathedral in Manhattan. Richard is survived by his wife of 50 years, Susan Tobin Miniter of Stone Ridge, whom he married on December 3, 1966, his six children, Richard, Susanne, Henry, Frank, Brendan, and Liam, and by six grandchildren, so far. Richard will be reposing at the Simpson-Gaus Funeral Home, 411 Albany Ave on Wednesday, August 30, 2017 from 4pm to 7pm. The public, no matter how well or slightly someone knew him, is welcome to come and share their remembrances of this extraordinary man. A Funeral Mass will be celebrated at 10:00 AM, on Thursday at St. Josephs Church. Interment, with military honors by Joyce-Schirick Post 1386 Color Guard, will follow in St. Marys Cemetery. Online condolences may be left for the family of Richard by visiting www.SimpsonGaus.com
To order memorial trees or send flowers to the family in memory of Richard Miniter, please visit our flower store.