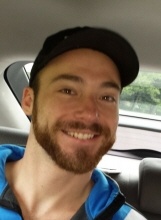 Richard Zachary Dunn, 25, a wonderfully unique and vibrant man, died suddenly on Friday, January 12, 2018 in a tragic accident in Los Angeles, California. Born in Rhinebeck, New York to Richard Gary and Kathi (Elander) Dunn on June 19, 1992, Richard had a sense of humor beyond compare. Ricky graduated from Kingston High School in 2010. He was co-captain of the crew team and ran with the cross country team. He was a member of the Fair Street Reformed Church and was active in the youth group. Creative and intelligent, Richard graduated from Susquehanna University in Pennsylvania with a degree in Theater Design and Production. Following graduation in 2014, Ricky boldly headed to California to follow his dreams. Richards vivacious personality and passion for adventure were welcomed readily in the theater community where he worked as a carpenter and stage hand for the Center Theatre Group and the Geffen Playhouse. Ricky loved his work and the people he worked with and took immense pride in his success. He loved riding his motorcycle, off-roading in his Jeep, and trying new things. California became his home and he took advantage of every opportunity to explore and enjoy it. Charming, genuine, and gifted with comedic timing, Ricky made friends all over the country and left an impression on everyone he met. Left to remember and honor Richard are his parents; his sister, Alexandria Dunn and her husband, Rudy Dieudonne; maternal grandparents, Robert and Charlotte (Calhoun) Elander; and many loving aunts, uncles, and cousins. He was predeceased by his paternal grandparents, Richard Otis and Jeanette (Teal) Dunn, and his uncle, Duane Smith. A memorial service will be held at Fair Street Reformed Church on Friday, February 2, 2018 at 2:00 pm with an informal gathering to follow. An additional memorial will be held at the Geffen Playhouse in Los Angeles at a later date. To honor his memory, we are asking that, in lieu of flowers, donations be made towards the Los Angeles theater community Ricky loved so much. We will be sponsoring seats in the Geffen Playhouse and at the Kirk Douglas Theatre as lasting memorials to Richard. Online donations can be made at www.crowdrise.com/fundraise-and-volunteer/donations/in-loving-memory-of-richard-z-dunn/alexandriadunn or checks made out to checks can be made out to Center Theatre Group, 601 W. Temple St, Los Angeles, CA. 90012, ATTN: Erin Schlabach - Institutional Advancement. Donors should write Richard Dunn memorial in the subject line. They can also be mailed to the family at P.O. Box 153, Wawarsing, NY 12489. Simpson-Gaus Funeral Home, 411 Albany Ave, is honored to assist the family with the arrangements.
To order memorial trees or send flowers to the family in memory of Richard Z. Dunn, please visit our flower store.