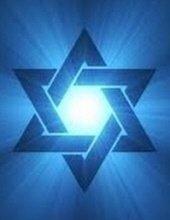 Born in Starya, Konstantine near Kiev in what is now known as the Ukraine, she was the daughter of the late David and Esther (Silver) Baron. She was employed as a bookkeeper for the Ronay Handbag Company in New York, NY until her retirement.

Rose was the wife of the late Hyman Cutler whom she married on March 30, 1941.

Rose enjoyed volunteering for Ahaveth Isreal, knitting, and sewing, but most of all she loved cooking and spending time with her beloved family.

A funeral service will be held at the Simpson-Gaus Funeral home on Sunday, December 16, 2018 at 11:00 am with Rabbi Zoe Zak officiating.

The family requests that memorial donations be made to The Daughters of Sarah, 180 Washington Avenue Ext. Albany, NY 12203
To order memorial trees or send flowers to the family in memory of Rose Cutler, please visit our flower store.