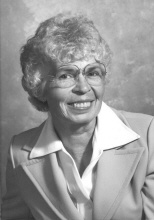 Ruth Culver, 91, of Kingston, died Monday, December 16, 2013 at Golden Hill Health Care Center. Born in Lake Elsinore, CA, she was a daughter of the late Raymond Wesley & Esther Opal Layman Boone. While she and her husband were stationed in Hawaii, she taught Hula Dancing to the other Navy wives. She coordinated 42 women to design and create the Ulster County Bicentennial Quilt which was exhibited during the month of May 1976 at the Art Gallery of Ulster County Community College. After being displayed extensively throughout the county, it was presented to the people of Ulster and it now hangs in the UCCC college library. Ruth traveled throughout the United States as a certified teacher, lecturer and judge of quilt shows. She taught quilting at UCCC for 20 years and in 1982 was inducted into the Catskill Quilters Hall of Fame. Ruth was the founding president of the Wiltwyck Quilt Guild and coordinator of several guild quilt shows. She was well known for her book published in 1984 "How to Hold a Quilt Show." She received a leadership award for coordinating three outstanding quilt expositions from 1976- 1980. In 1989, Ruth became a hospice volunteer. She was also a parishioner and Eucharistic minister at St. Joseph's Church. Ruth was ahead of her time and was an environmentally conscious recycler long before it was fashionable. Ruth is survived by three children, Michael Culver and his wife Linda of Hurley, Bob Dylan of Las Vegas and William Culver and his wife Kathy Black of Sarasota, FL; one sister, Katherine Boone of St. Johnsburg, VT; eight grandchildren, Edward Morzen, Christa Herbert and John Paul Morzen, Erik, Ezra and Soren Culver, Alyssa and Alanna Culver, and 15 great grandchildren, Sebastian, Siena, Magdalena, Juliana, Damien, Veronica, Grace, Daniel, Piper, Gannon, Ezra, Cyrus, Hayden, Jackson and Madeline. In addition to her parents, Ruth was predeceased by her husband, Charles L. Culver, a daughter, Veronica Morzen, a sister, Drusilla and a brother, Raymond. Reposing at the Simpson-Gaus Funeral Home, 411 Albany Ave. on Friday, December 20, 2013 from 2-4 and 7-9 PM. The funeral procession will form on Saturday from the funeral home at 10:00 AM. A Funeral Mass will be celebrated at 11:00 AM, at St. Joseph Church. Interment will follow in St. Mary's Cemetery. The family requests that memorial donations be made to the Ulster Community College Foundation, Inc., PO Box 557, Stone Ridge, NY 12484.
To order memorial trees or send flowers to the family in memory of Ruth E Culver, please visit our flower store.