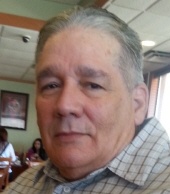 Samuel Rosa, 74, of Lake Katrine, formerly of Middletown, died Thursday, December 31, 2015 at HealthAlliance Hospital Broadway Campus. Born in Puerto Rico, he was a son of the late Santiago & Maria Hernandez Rosa. Sam was a good husband, father, grandfather and great grandfather. He was a compassionate, God fearing man who enjoyed the New York Mets and horseracing. Sam was a dedicated family man that exemplified hard work and leadership. Retiring from the New York City Housing Authority, he spent his retirement years caring for his great grandchildren and tending to the home he built for his wife. Sam is survived by his wife of 45 years, Luz Rosa of Lake Katrine, whom he married on December 26, 1970, a son David Rosa and his wife Maria of Reading, PA, Kenneth Rosa and his wife Dawn of Middletown, Derrick Rosa and his wife Deanna of Middletown, Erica Rosa-Geliga and her husband Brian of Lake Katrine, four siblings, Julie Hernandez of NY, NY, Raymond Limbert of Florida, Edward Limbert of Queens, NY, Jennie Rivera of Texas. Ten grandchildren, two great grandchildren and many nieces and nephews also survive. In addition to his parents, Sam was predeceased by a son, Samuel Rosa, Jr., two siblings, Angelo Rosa and Merita Rosa. Sam will be reposing at the Simpson-Gaus Funeral Home, 411 Albany Ave on Monday, January 4, 2016 from 3-6 PM. A Funeral Service will follow at 6:00 PM at the funeral home. Interment will be private. The family requests that in lieu of flowers, memorial contributions be made to Beth El Church of God & Christ, 620D Broadway, Kingston, NY 12401.
To order memorial trees or send flowers to the family in memory of Samuel Rosa, please visit our flower store.