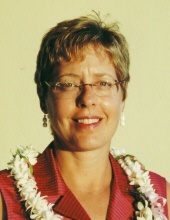 Susan Elizabeth Raymond Basch passed away at home on September 1st, 2022, in the arms of her husband, Eli. During the last nearly three years, Susan has courageously and graciously received treatment for cancer.

Susan was born on August 26, 1952, at Holy Name Hospital in Teaneck, New Jersey. Her early childhood years were spent in New Jersey, and later in the Hamlet of Clarksville, Albany, New York. She moved with her family to Kerhonkson where she attended elementary, junior high and graduated from Rondout Valley High School.

Her education continued at Ulster County Community College and SUNY New Paltz, where she obtained her Bachelor of Science in Elementary Education, her Master’s in Early Childhood Education, her certificate in both studio art and art education. Susan was a lifelong learner and continued to take courses throughout her life. She studied and received certificates from the Gemological Institute of America.

Susan retired as an elementary art teacher at the Duzine Elementary School in New Patz, having previously taught at the Vandenberg Learning Center at SUNY New Paltz. After retirement, over the last twenty years, she expressed her creativity at Susan Basch Studio. Susan was a maker beginning in childhood and continued to use her magical hands throughout her life. She was a mixed media artist working in fibers, metals, gemstones, and beads. Kumihimo, the Japanese method of cord making, along with traditional jewelry making were the techniques she used to create one-of-a-kind necklaces. In addition to that she created works of art in felt, for which she received awards. She utilized natural dyes from an early age, growing, harvesting, and gathering from nature and her garden.

Susan’s creations have been exhibited both nationally and internationally.

On a personal level, she was a gracious hostess, welcoming friends, family, and the community into her home. She enjoyed multiple trips to Japan to study Kumihimo where she had a great appreciation for Japanese art and aesthetics.

She enjoyed travel to Israel on a number of occasions and attended multiple family reunions in Sweden. Susan and her husband Eli vacationed annually for decades on the Big Island of Hawaii.

Susan was a loving, devoted, and supportive wife to her husband, Eli Basch, whom she wed on May 31, 1981. She was a loved and loving daughter to her parents, Robert, and Dorothy Raymond, as well as to her mother-in-law, Sophie Basch. Susan was predeceased by her brother, Stephen Raymond, and is survived by her husband, Eli Basch, her sister-in-law, Shari Raymond, brother-in-law and sister-in-law, Saul and Joli Basch, her beloved godson and nephew, John Raymond, as well as nephew, Adam Basch, and nieces Alie & Brie Basch.

A funeral service will be held on Sunday, September 4th at Congregation Emanuel of the Hudson Valley, 243 Albany Avenue, Kingston at 11:00 a.m. with Rabbi Yael Romer officiating.

Simpson Hammerl Funeral Home is honored to assist the family of Susan with the arrangements.

To order memorial trees or send flowers to the family in memory of Susan E. Basch, please visit our flower store.