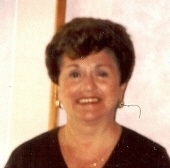 Tallulah "Tally" Langer Parnett, 81, of Stahlman Place and a lifelong resident of Kingston, NY died Saturday, April 6th, 2013 at Albany Medical Center. Born in Kingston, she was the daughter of the late Jacob & Jennie Wachtel Kreppel.She was a 1950 graduate of Kingston High School and a graduate of Moran School of Business. Tally was also a member of Temple Emanuel as well as a member of B'Nai Brith Women. Music was her love, she enjoyed cards, mahjong, baking, cooking and entertaining. Tally was a devoted wife to Robert Langer who died in 1970. In 1972 she married Alvin Parnett and was a caring mother to his three children. She was married to Alvin for 40 years and loved him dearly. She is survived by four children, Robyn Langer Hildred and her husband Harold of Kingston, Mindy Langer of Round Lake, IL, Mark Parnett and his wife Gwen of Ossining, Debra LaPadula and her husband Michael of Cortlandt Manor, five grandchildren, Eric, Sara and Elizabeth LaPadula, Ellen and Ian Parnett as well as many nieces and nephews also survive. In addition to her parents and her first husband, Tally was predeceased by her second husband, Alvin V. Parnett, who died in December of 2012, a son, David Parnett and his wife Paige (also deceased), Tallulah was the baby of eight children and was predeceased by all of her siblings, Rosalind Epstein, Beatrice Arlensky, Gertrude Muller, Henrietta Kogan, Herman, Irving and Joseph Kreppel. A funeral service will be conducted at the Simpson-Gaus Funeral Home, 411 Albany Ave., on Tuesday, April 9, 2013 at 11:00 AM. Rabbi Yael Romer of Temple Emanuel, will officiate. Interment will follow in Montrepose Cemetery. The family requests that memorial donations be made to Temple Emanuel in Kingston, N.Y.
To order memorial trees or send flowers to the family in memory of Tallulah Parnett, please visit our flower store.