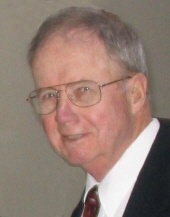 Thomas J. Morris, 82, of Woodstock, former manager of the Kingston, NY, Social Security Office, passed away on December 17th 2013 at Thompson House in Rhinebeck, NY where he had been a resident following multiple strokes. Tom was born in New York City, the son of James and Delia Morris. After graduating from St John's University, he served in the Army during the Korean War. Tom returned to New York City afterwards and pursued a career in journalism before switching his focus to government service with the Social Security Administration. It was in the New York City Social Security Office where Tom met another young claims representative, Sharon Burke. On November 11, 1961 they married in St Charles Church, Syracuse, NY. As Tom's career advanced, they moved several times within New York State and added five children to their family: Thomas, Michael, Kathleen, Margaret and Elizabeth. During the children's school years, the family lived in Liberty, NY while Tom was District Manager of the Monticello Social Security Office. A believer in community service, Tom was a very active volunteer. He served on St Peter's Parish Council, participated in the Lions Club, the Knights of Columbus, and served on the Liberty Central School Board for many years, including two terms as President. In 1992 he was promoted to Manager of the Kingston Social Security Office. Their children grown, Tom and Sharon moved to nearby Woodstock, where they became active in their new community. Tom initiated a weekly column on Social Security policies in the local newspaper, The Kingston Freeman. He joined the Woodstock / Kingston Rotary Club and among other activities, ran their "Shots for Tots" program. He served for two years on the Parish Council of St John's Church in Woodstock and for many years as a lector. He also served on the boards of the RSVP Advisory Council and the Ulster County Office for the Aging. Tom's family gave him his greatest enjoyment; he was extremely proud of each of his children. When his children were young, Tom loved summers fishing with them on Lake Ontario (where the family has a cottage) and winters skiing with them on the Catskill slopes. Tom also loved his dogs, raising Dalmatians in his later years. In spare time, Tom loved studying history, reading literature and watching theater. He played a little golf, cheered the St John's basketball team and remained a loyal New York Giants through good seasons and bad seasons. Tom was a devoted husband to Sharon for 52 years and loving father and grandfather to: Thomas, wife Dori Green and daughters Emma and Maya; Michael; Kathleen, husband Bradley Wrubel and sons Nicholas and Connor; Margaret; and Elizabeth, husband Klaus Fuerst and children Alexandra, Andrew and Matthew. Tom also leaves: his sister, Marie Durkan and her five children; his brothers and sisters- in- law; and a close cousin, Frank Mooney, and his wife, Catherine. Tom's brother, James, died previously. The extended Morris family will miss Tom dearly and fondly remember his kindness, selflessness and his ever present sense of humor. Reposing at the Simpson-Gaus Funeral, 411 Albany Ave, on Sunday, December 22, 2013 from 3-6 PM. A Funeral Mass will be celebrated on Monday at St. John's Roman Catholic Church, West Hurley, at 11:00 AM. Interment will be private. The Morris family will always appreciate the staff of Thompson House for the care and comfort given to Tom and his family in the last weeks of his life. Contributions may be made to the Woodstock Rescue (EMT) Squad (226 Tinker St, Woodstock, NY 12498) or to the Alzheimer's Association (2 Jefferson Plaza, Suite 103 Poughkeepsie, NY 12601-4060).
To order memorial trees or send flowers to the family in memory of Thomas J Morris, please visit our flower store.