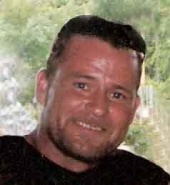 Timothy J. Brown Sr. of East Chester St., Kingston died Monday, August 10, 2009 at Benedictine Hospital after a long battle with cancer. He passed away surrounded by his family. He was born May 26, 1959 in Kingston, a son of Elizabeth "Betty" Malia Ellsworth. He was employed as a loader operator for Northeast Solite. Previously he worked as a tree surgeon both locally and in St. Augustine, FL for several years. He served as a member of the National Guard. Tim was a lifelong resident of the area and an avid hunter and target shooter. He enjoyed being outdoors and spending time with friends and family. Tim was a proud member of the Ruby Rod and Gun Club. Surviving in addition to his mother of Kingston are his son, Timothy J. "T.J." Brown, Jr. of Kingston; his daughter, Tiffany M. Brown of Highland; a brother, Edgar L. Brown, Jr. of St. Augustine, FL; a niece, Justine M. Brown and nephew Cody T. Brown both of St. Augustine, FL. Also surviving is his former wife, Mary Ellen Fitzpatrick Brown. Friends will be received at the funeral home on Friday from 6 - 9 PM. The Ruby Rod and Gun Club will pay their respects as a group at 7:30 p.m. Cremation was in Poughkeepsie Rural Cemetery. Memorial contributions may be directed to the Ruby Rod and Gun Club, 1223 Main St., Ruby, NY 12475.
To order memorial trees or send flowers to the family in memory of Timothy J. Brown Sr., please visit our flower store.