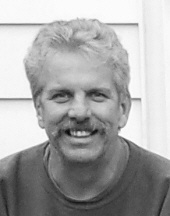 Walter L. "Jay" Rose, III, 57, of Kingston, died Monday, August 18, 2015, at his home. He was the son of the Cynthia M. Rose (deceased) of West Hurley and Walter L. (Jack) Rose, Jr. and his stepmother Susan of Tucson, AZ. Jay called New York his home for over 50 years and he loved everything about it, especially the Rangers and the Giants. He was an avid bicyclist, hiker and passionate skier and cook. There probably aren't many roads in Ulster County that Jay hasn't driven down, or trails he hasn't hiked. One of his joys was camping with family and friends. Family was paramount to Jay. And Jay's family extended far beyond his biological genes. He was known to yell across golf courses, "Hey BRO, I love you" when he saw a friend. However, there was no greater love in Jay's life than his girls, Joey, Emma and Abbie. Jay was diagnosed with esophageal cancer in 2013 and bravely battled until succumbing to complications from the disease. He will be sorely missed. Jay is survived by his wife Joanne McCutcheon Rose of Kingston, two daughters, Emma (Scooch) and Abigail (Peanut) Rose of Kingston, two brothers, Peter Rose and his wife Kim of Brattleboro, VT, Gregory Rose and his wife Kim of Phoenix, AZ, a sister, Elizabeth Wolf and her husband Charles of Andover, MA. Fourteen nieces and nephews also survive. Jay will be reposing at the Simpson-Gaus Funeral Home, 411 Albany Ave. on Sunday, August 23, 2015 from 2-6 PM. The funeral procession will form from the funeral home on Monday at 9:00 AM. A Funeral Mass will be celebrated at 10:00 AM at St. Joseph Church. Interment will follow in Woodstock Cemetery.
To order memorial trees or send flowers to the family in memory of Walter "Jay" Rose, please visit our flower store.