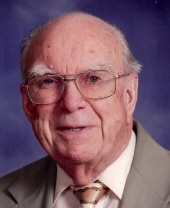 William F. Paulus, 88, of Ulster Park, died on November 28th, 2015 at his home with his family at his side. Born in Kingston on December 30th, 1926, he was a son of the late William and Gladys Flowers Paulus. A 1944 graduate of Kingston High School, he was also an alumnus of the Graduate School of Savings & Loans at Indiana University. Bill began his business career in 1953 when he joined Home Seekers Saving and Loan. He then worked for Beacon Savings and retired from Rondout Savings Bank in 2007. Bill enjoyed traveling with his wife Theresa and flying his own plane, bike riding and playing golf. He was active in AARP #2039, planning and coordinating many of their trips over the last eight years. He was the Treasurer of Musicians Union Local 215 and also served as Treasurer for Ulster County Community Action. He served as an Alderman for the 8th Ward from 1979 through 1987. He was a member of the Church Council of Trinity Lutheran Church for many years, and enjoyed playing with the bell choir. Additionally he was a member of the Kiwanis Club and a member of the Freemason Society and the Chamber of Commerce. He was also the Second President of UPAC. Of all of Bill's many accomplishments, however, his true passion was his music. He began his musical career as a drummer with the Johnny Knapp Band in 1942, appearing at The Barn six nights a week. During his long musical career, he played at countless weddings, parties and parades. His last performance was in December of 2014 at his 88th birthday party, where he played with the Saints of Swing. Bill is survived by his wife, Theresa Simeone Paulus (residing at Golden Hill). He is also survived by his daughter, Dottie Paulus of Boca Raton, Florida, his son, Bruce Paulus (Katherine) of the Bronx, and daughter, Linda Chick (Matthew) of Wallkill. Two sisters, Susana Bickert of Ulster Park, Gladys Skura (Vincent) of Vero Beach, Florida and one brother Robert Paulus (Rosemary) of Kingston. Six grandchildren; Brandon Ehrlich, Samantha Paulus, Kristin Paulus, Joseph Paulus, Jonathan Dziewiatowski and Stasha Dietz (John) and three great grandchildren; Lucy, Seamus and Grace Dietz. Many nieces and nephews also survive. Daughter Diane Imperato predeceased him. Bill will be reposing at the Simpson-Gaus Funeral Home, 411 Albany Avenue, on Thursday December 3rd from 2:00 to 8:00 p.m. A musical tribute will be performed at 7:00 p.m. by The Saints of Swing. A funeral service will be held at Trinity Lutheran Church, on the corner of Spring and Hone Streets in Kingston, NY on Friday, December 4th at 11:00 a.m. Interment will follow at Montrepose Cemetery. In lieu of flowers, the family requests that memorial donations be made to the Alzheimer's Association - Jefferson Plaza, Suite 103, Poughkeepsie, NY 12603 or to Trinity Lutheran Church, 72 Spring Street, Kingston, NY 12401.
To order memorial trees or send flowers to the family in memory of William F. Paulus, please visit our flower store.