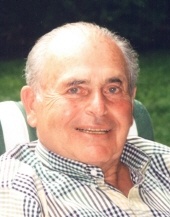 William Helmrich, 90, of New Paltz, passed away September 16, 2015. Born in Cologne, Germany, he was a son of the late Herman & Deborah Leisner Helmrich. Bill received a Bachelor's degree in mechanical engineering from CCNY in 1947, a Master's degree in mechanical engineering from NYU in 1950, and his New York State professional engineering license in 1952. Bill was a lifelong resident of Ulster County. He began work at IBM in Kingston in 1955 and retired in 1988. After IBM, Bill worked for Ulster County and served on many boards. He was a lifelong member of Wiltwyck Golf Club and Congregation Ahavath Israel. Bill is survived by his beloved wife of 65 years, Edna Steigman, whom he married on June 18, 1950, his children, Joel Helmrich and his wife Barbara Helmrich, his daughter, Susan Helmrich and her husband Richard Levine, three grandchildren, Joshua Helmrich, David and Alyssa Levine, two brothers, Joseph and Ernie Helmrich, their wives and many nieces and nephews. In addition to his parents, Bill was predeceased by his granddaughter, Rachel Helmrich. A funeral service will be held on Sunday, September 20, 2015 at 2:00 p.m. at Congregation Ahavath Israel. Interment will be privately held. The family requests that in lieu of flowers, memorial donations be made to: The Western Pennsylvania School for Blind Children, 201 N. Bellefield Ave., Pittsburgh, PA 15231 or Swim Across America SF Swim c/o Anthony DuComb, 1684 8th Avenue, San Francisco, CA 94122.
To order memorial trees or send flowers to the family in memory of William Helmrich, please visit our flower store.